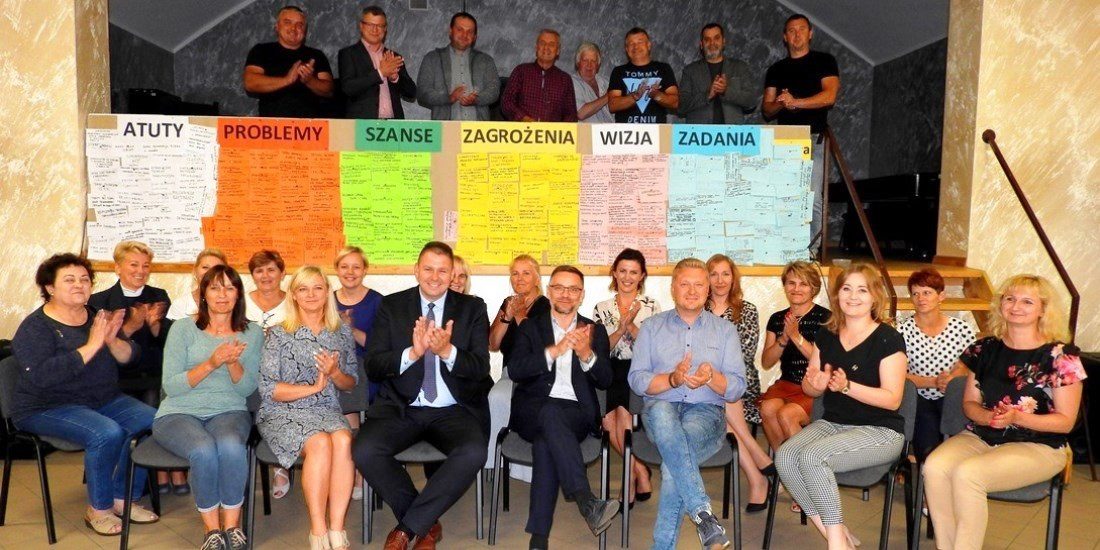 On August 19-21 this year I conducted such workshops in the Commune of Dobrzyniewo Duży near Białystok, which entrusted me with developing its development strategy until 2030. I always precede the main workshop with training so that all participants were well prepared for them. So it was this time. The workshops proved extremely fruitful. Discussions and ideas were almost endless, but agreement on major development directions was achieved. Importantly, the whole Commune Council participated in the workshops. This is a very good sign because it indicates that the strategy will be consistently implemented.

The Dobrzyniewo Duże commune is located next to City of Białystok, Poland. In addition to the neighborhood with this prosperous city, it has many other assets, for example: developed agriculture, growing single-family housing, investment areas, wonderful nature, rivers (including Narew) and forests (including the Knyszyn Primeval Forest). Soon it will also have the Expressway S19, which is part of the extremely important Via Carpatia transport route leading from Poland and Lithuania, through Slovakia and Hungary to Romania, Bulgaria and Greece. The revolutionary Rail Baltica railway line will also pass through this commune – moreover, as part of this investment, commune rail stops will be modernized.