HomeNewsTraining, public speaking & consultationsConference (in an interesting style) at the University of Campinas, São Paulo, Brazil.

Conference (in an interesting style) at the University of Campinas, São Paulo, Brazil. 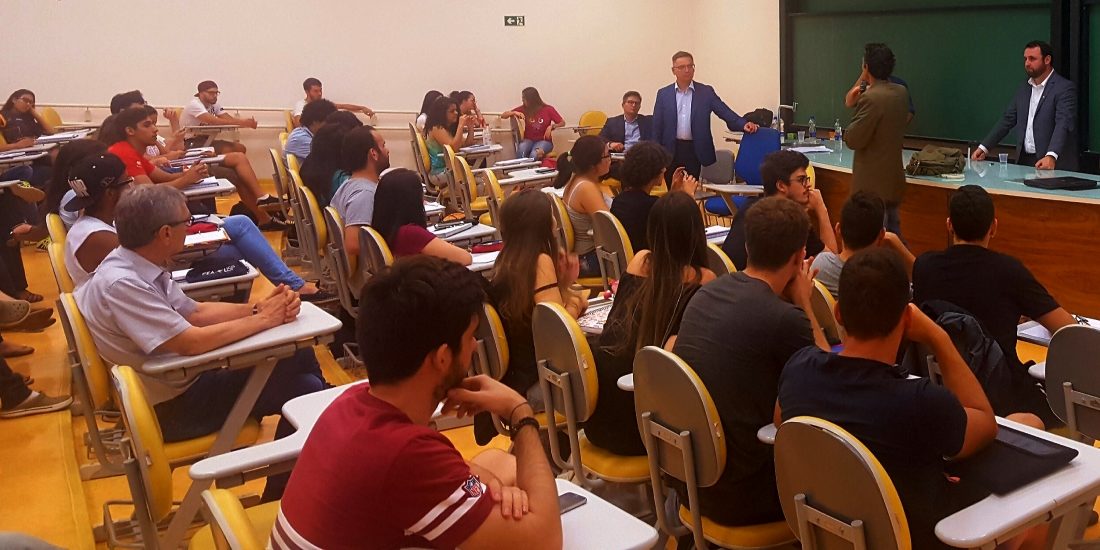 During my stay at the Brazilian University of Campinas in São Paulo I gave a speech on the international conference “Why should governments and society pay attention to the policies of entrepreneurship and internationalization?” organised by of The Laboratory of Entrepreneurship, Innovation and International Trade (LEICI) of School of Applied Sciences {FCA) ofThe University of Campinas (UNICAMP). I prepared a paper on the role of local authorities in stimulating local entrepreneurship and attracting foreign investors and I thought that I would give it traditionally. On the spot, it turned out that all the speakers were invited to the audience at once and within 2 hours are to give what they prepared discussing with themselves… At conferences, there are often discussion panels, but then there is usually one determined topic and moderator. Here, however, the formula assumed a short mutual presentation of the prepared speeches, followed by mutual questions and a quasi dispute between the speakers divided into groups. Something in the style of great Polish former TV science show “Probe”. And how was it? It was great – my group “won”! 🙂