HomeNewsResearch, teaching and scientific publicationsWho are the extension professors and what do they have to do with self-government? I worked with them in Mount Sterling, USA

Who are the extension professors and what do they have to do with self-government? I worked with them in Mount Sterling, USA 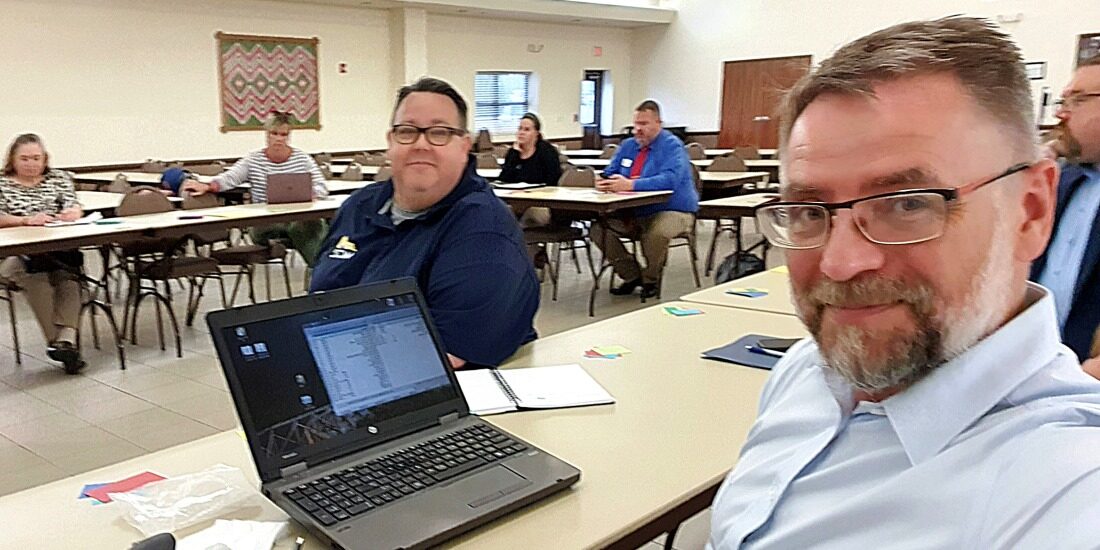 I attended the extension professors and agents workshop 🙂 What’s up? Read on!

Many US universities were founded by the federal government in the 19th century 🎩. However, it was already then that they thought how to maximize their usefulness for the economy and society. Therefore, the law was established that apart from lectures and scientific research, each of them must go out to people, to local communities, to spread practical knowledge, disseminate innovation, solve local problems, etc. This constant connection with practice was called extension. In the beginning it was about agriculture, infrastructure, heavy industry, etc., but today it covers hundreds of areas, from climate adaptation, through self-government, to healthy eating. The scope of university support was expanded, and at the same time it was provided with good funding. Today, they receive a lot of federal and state money 💰 for permanent activities implemented outside of universities walls. It is not a project lasting several months that disappears when the received money is spent, or a several-year program that is being implemented/continued or not. It is a nationwide, constantly improved system, and while it is not perfect, it has been in operation for a century and a half and is developing USA 🇺🇸

On the above-mentioned universities, the field work is done by the extension professors. Of course, they teach students and publish articles like the rest, but most of all they work for local communities, local governments, NGOs, companies and even individuals. To be closer to these beneficiaries and to do job better, universities have set up extension offices and, moreover, employ additional staff (agents) there. The University of Kentucky alone has 1️⃣2️⃣0️⃣ such offices (yes, one hundred and twenty!), One in each county! And what exactly do the extension professors from this university do, for example? In the field of self-governance that is close to me, they help, for example, in the development of community strategic plans, in spatial planning, in attracting investors and stimulating entrepreneurship, in revitalizing run-down districts, in improving waste management, in developing tourism, etc. They train local authorities and staff as well. They are also doing a lot in other areas, see: https://extension.ca.uky.edu There is a lot of talk about increasing the role of Polish universities in the economy and in public administration. That’s why we are so much interested in it 🇵🇱

What do we see in the photos? We see a workshop where extension professors Dan Kahl and Kristina Grage Hains, and agents from a dozen extension offices, learn from each other how to train local authorities to create real, educated local leaders. They were held at one of these offices: Montgomery County Cooperative Extension Service, Mt Sterling Kentucky. I am glad that I could take part in it and tell them how I do it in Poland and learn a lot of new things. I will use it during my training on the local development strategies and lecturing at the Wroclaw University of Economics and Business, at the MBA in Community Management by Cracow School of Business CUE & Hevelius Institute. See you later! 🙂